Founded by Aldo Cibic in the late Eighties, Cibic→Workshop is one of the best known Italian architecture and design firms. Cibic has worked in many parts of the world for over thirty years.

The studio is a composite reality that by choice and vocation handles projects of diverse nature ranging from architecture to interiors, design and multimedia, up to environmental development, new services and concept activities. The Workshop is a structure that includes a group of architects, interior designers, graphic and product designers, and also enjoys the services of a network of international collaborators from a variety of professional backgrounds.

Cibic →Workshop collaborates on an ongoing basis with an international network of universities, research centres and business incubators for the development of new design methods.

In 2020 Cibic →Workshop opened a new office in Shanghai, with a focus on creating meaningful and culturally relevant objects, spaces and communities, both public and private, through addressing the issues we see as most important to society today.

/
There are no presentations

The sculpture, represented by a large fountain cleverly illuminated by Luceplan, consists of a large tank and a central wall on which ten elephant heads are fixed, through which water flows out.Made of ceramic, the plastic shapes of the animals recall the ancient tradition where the water source was expressed through the depiction of wild animals.Water and ceramic, two closely connected elements: the mixture of clay, sand and natural substances gives rise to the porcelain stoneware thanks to the precise mixing with water.

The central structure that receives the ceramic shapes is entirely covered with Slimtech, the latest in ceramic materials. The large slabs, only 3.5mm thick and characterized by oversized formats up to a maximum of 3 m x 1 m, in the milk shade version, cover the tank providing a cement effect.
Slimtech in the LeaLab version is visible on both sides of the vertical block: the new Lea Ceramiche project that makes it possible to print any kind of image on the laminated porcelain slab: the delicate patterns designed by Cibicworkshop lend movement to the surface to create a three-dimensional effect.

Elephountain experiments the multiple applications of ultra-thin slab.
The e06 spotlights by Luceplan accent the fountain and panels with a few touches of warm light, to underscore and enhance the qualities of the materials in an almost theatrical atmosphere. 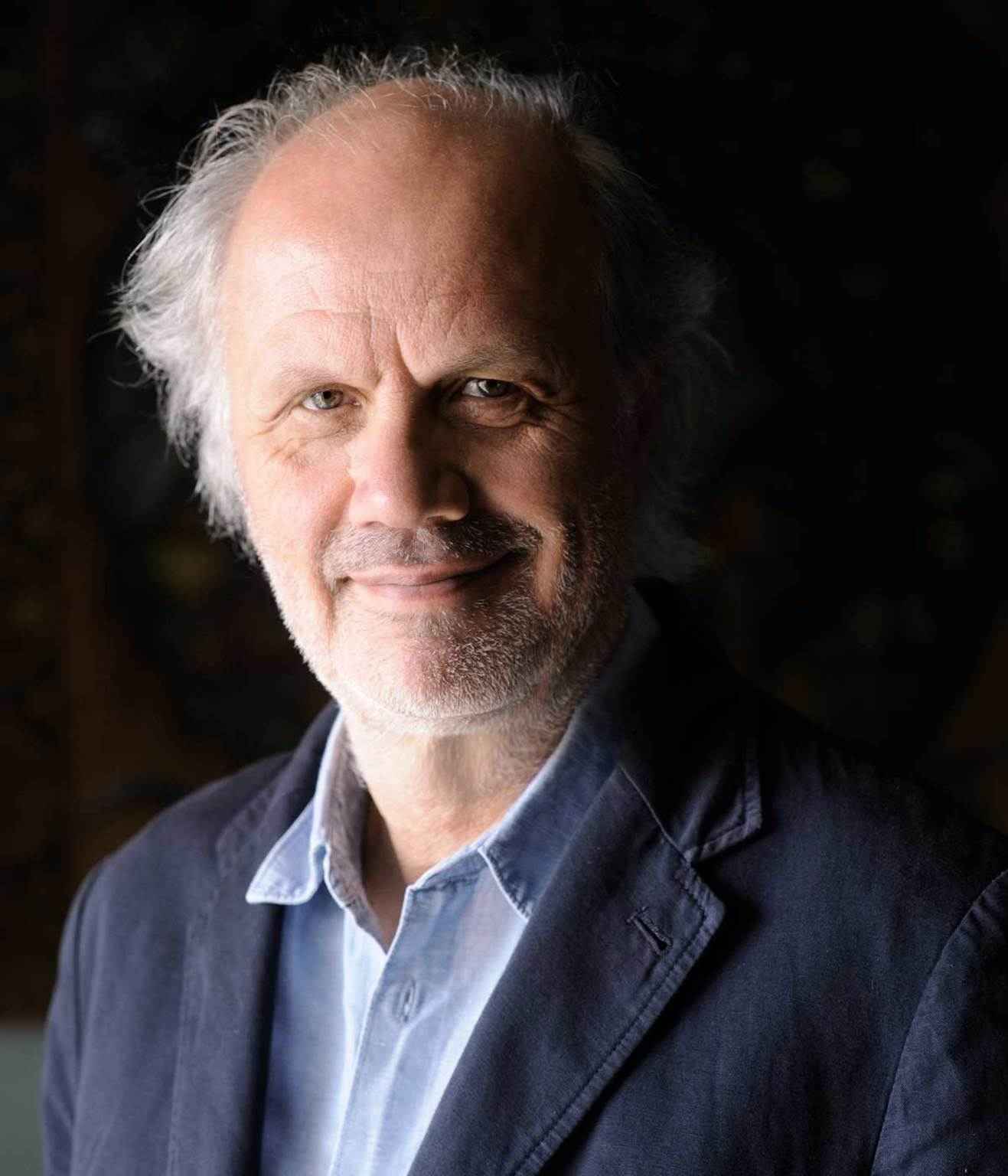 
Aldo Cibic was born in Schio, Vicenza, Italy in 1955, and quickly developed a self-directed interest in the world of design.

In 1981, as a partner in Sottsass Associati, he was a founding member of Memphis, an artists’ collective that was to mark an epoch-making transition in the universe of design and architecture. By vocation and inclination an innovator, one who has never favoured generic labels nor stylistic excesses, Cibic adopted "experimentation as praxis".

In the late 1980s he founded the Studio Cibic and launched “Standard” (1991), his first self-produced collection.

At the same time he became a teacher at the Domus Academy and set up research activities with various schools, while developing his ideas around the "design of services". His projects, such as "The Solid Side" (1995) and "New Stories New Design" (2002), fostered a dynamic relationship between people and space and offered a new mode of designing places based on social interactions. He continued in this vein in subsequent years with "Microrealities" (2004) and "Rethinking Happiness" (2010). Both were presented at the Venice Architecture Biennale, and both invent contemporary narratives aimed at multiplying opportunities for meetings, exchanges and sharing in community life.

In 1989 he founded Cibicworkshop, not only a design studio but also a multidisciplinary research centre, began to focus more heavily on alternative sustainable project types aimed at enhancing whole local areas and defining new cultural, emotional and environmental awarenesses of public space.

Aldo Cibic is professor of practice at the college of Design and Innovation, Tongji University, Shanghai.
In 2019 he has been selected as High-End Foreign Expert by the State Administration of Foreign Experts Affairs of China.

His design pieces and drawings are exhibited in the permanent collections of the Stedelijk Museum in Amsterdam, the Groninger Museum, the CCA (Canadian Center for Architecture) in Montreal, the Triennale Museum of Italian Design in Milan and the Centre Pompidou in Paris.

Aldo Cibic has been included by the architecture magazine Domus in the guide to the world's best architects “100+ best architecture firms 2019”. Inter alia, Domus editors Alessandro Mendini and Joseph Grima put forward a selection in favour of giving a voice to practices that show how “it may be possible for social architecture to really bloom in the future”. 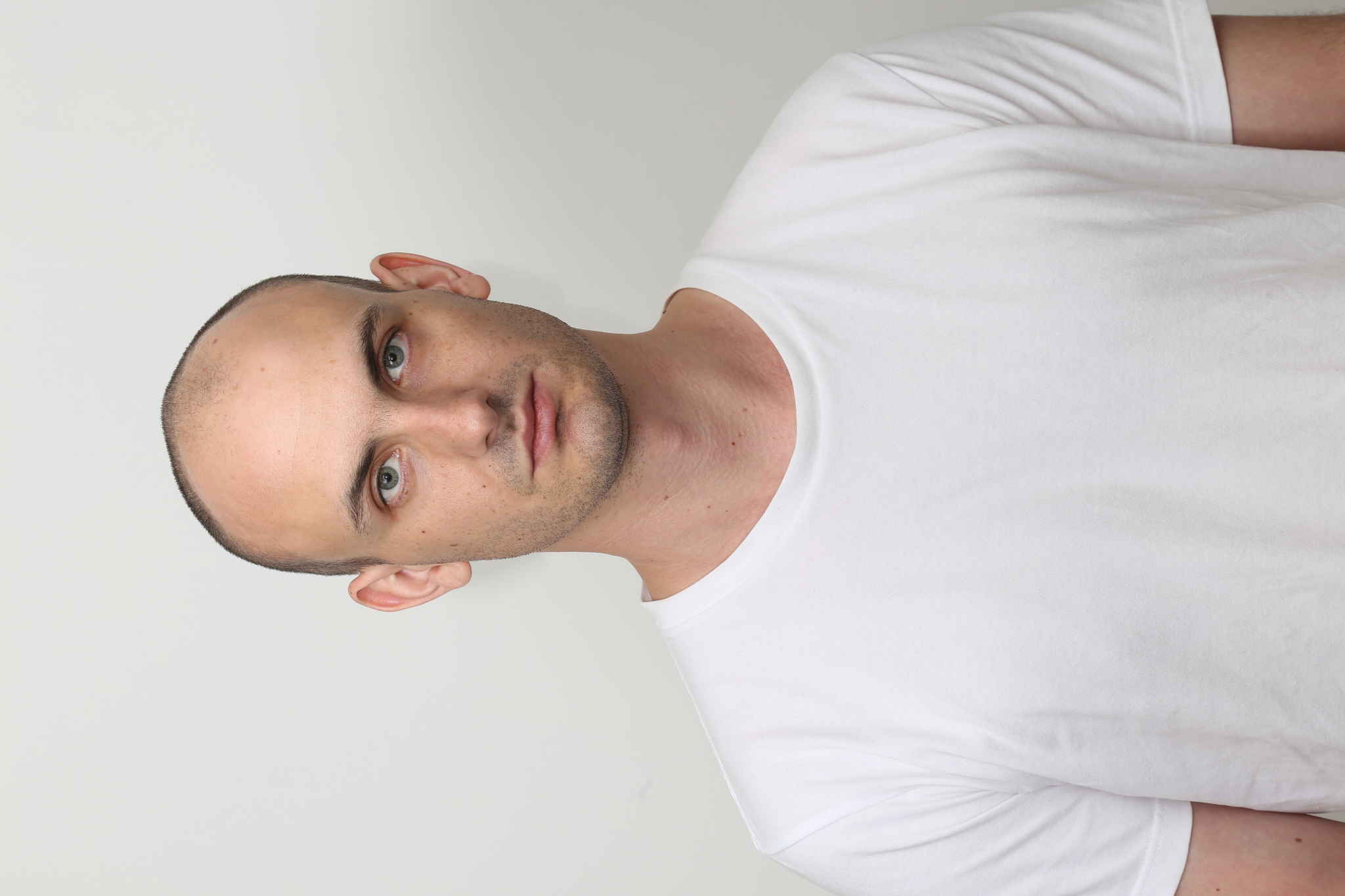 
Joseph Dejardin is an architect, born in the small village of Wing in the midlands of the UK. He studied at the Royal College of Art and University College London.

Prior to joining Cibic Workshop, Joseph Dejardin founded Dejardin Design Office in 2017 in London, UK. He has a wide range of experience, having led numerous projects of a variety of scales in the UK, China, and across the world. These include master planning, refurbishments, retail fitouts, interiors and many fashion shows and exhibitions. Joseph has previously worked with Herzog & de Meuron and Pernilla Ohrstedt Studio, amongst others. 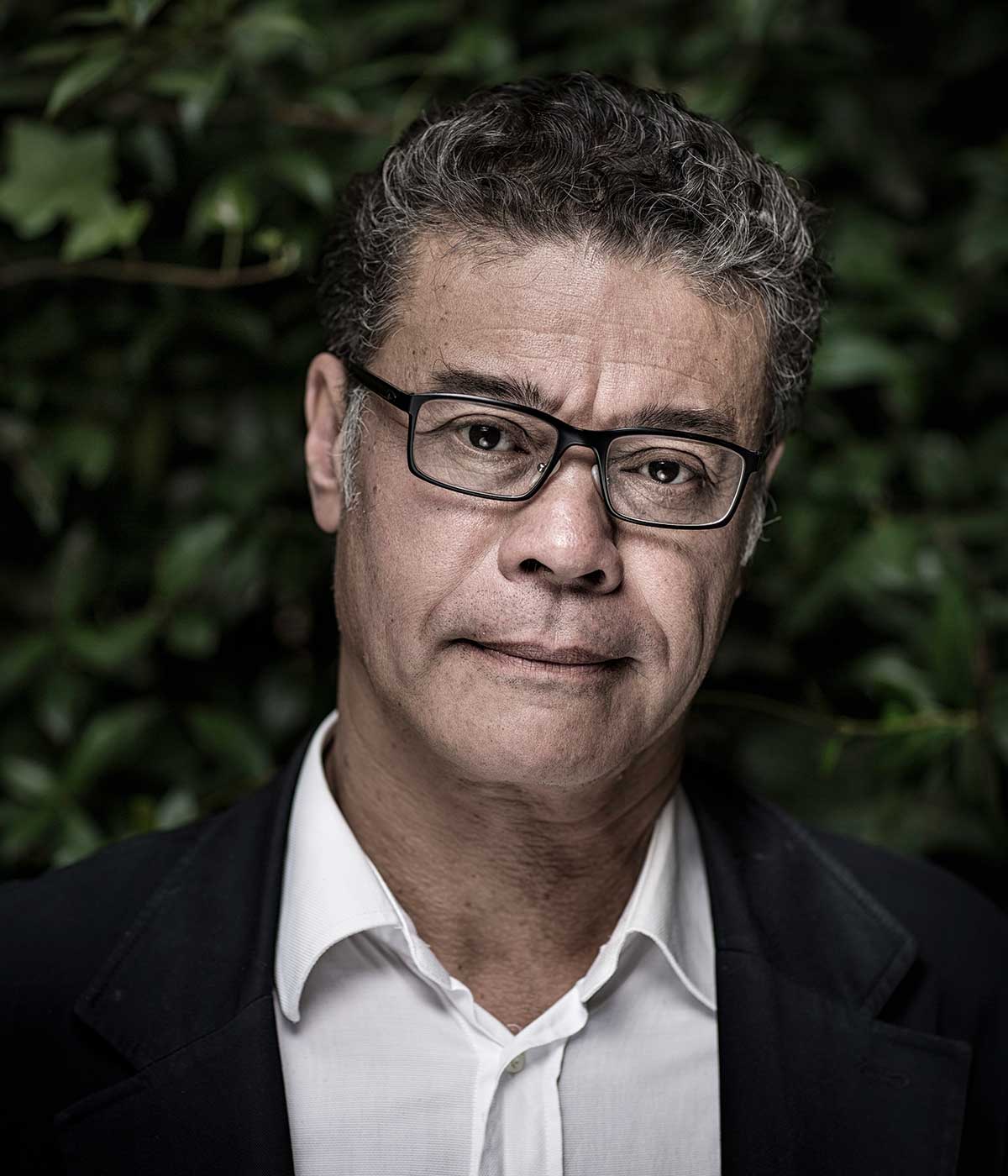 
Born in New York City in 1958, Chuck received a Bachelor of Science degree from Yale University in 1980 and a Master of Architecture from Columbia University School of Architecture and Urban Planning in 1984. During his graduate studies he worked for Steven Holl Architects and Robert Stern Architects.

His practice in NYC included working on public, commercial and residential architectural projects, in addition to design consultancies with the high-tech and aerospace industries. He’s also designed scenography for film, theater, and the performing arts.

Since 1997 Chuck has been working with Aldo Cibic in Milan. They remain partners in CibicWorkshop - a multi-disciplinary studio integrating Design, Architecture, Landscaping and Urbanism. His academic responsibilities include:

Teaching as Associate Professor at the College of the City of New York and Domus Academy in Milan, and guest lecturer or instructor at: Columbia University, Pratt Institute, Parsons School of Design, The New School for Social Research, California State University at Florence, IUAV and Politecnico di Milano. 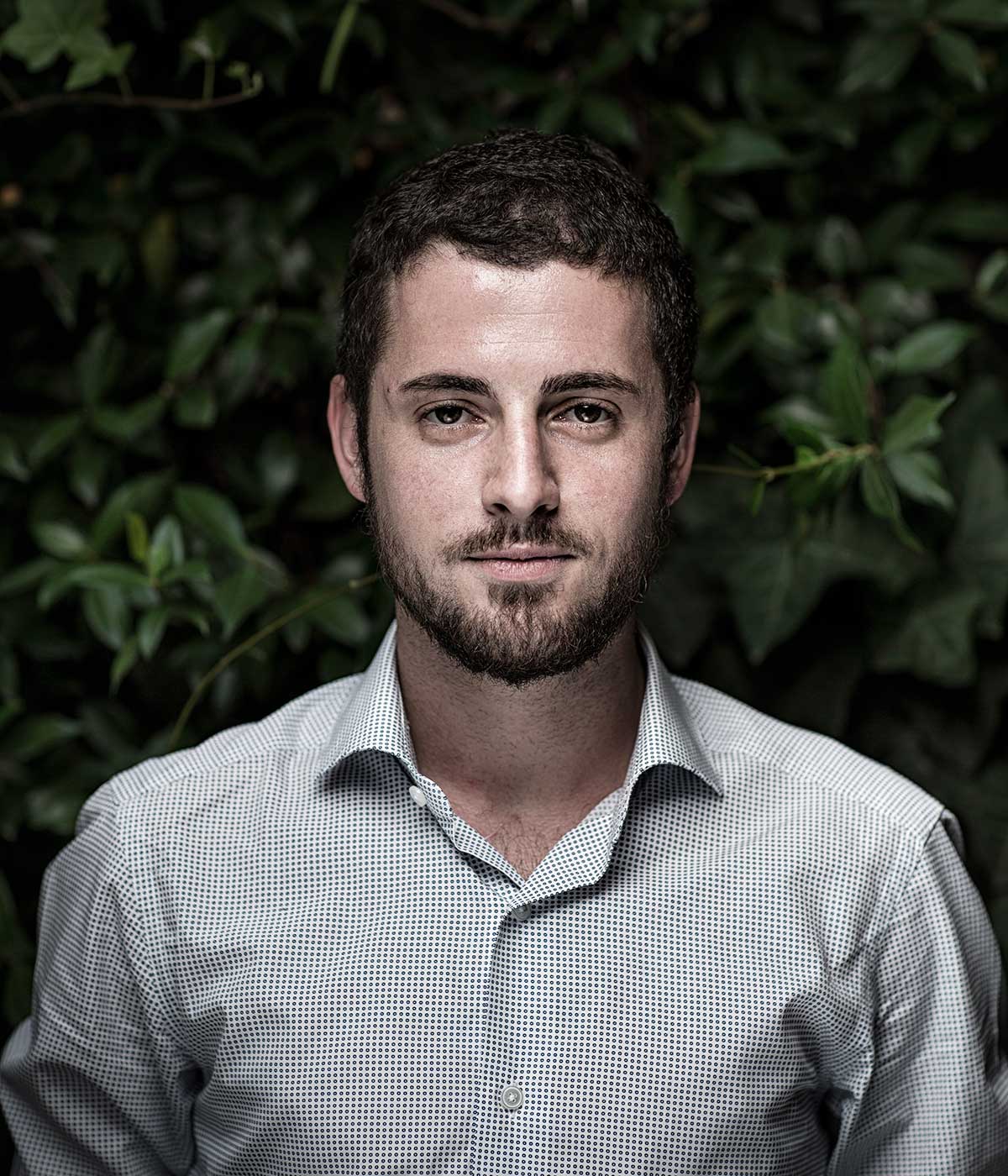 
Diego Lucchini, is a designer, happily raised amongst nature and friends in the small village of Chiuppano in the North East of Italy.

During his high school years, he discovered an interest in the paradoxical disciplines of maths, and rule-breaking, which he devoted himself to liberally.  Later, during his Bachelors degree in industrial design at IUAV, he began to develop a genuine realization of the pleasure of studying for its own sake, and became dedicated to work that is a pleasure to do, as well as to produce.

This approach continued at Ecal, Ecole cantonale d'art de Lausanne, where he obtained the Masters degree in Design de produit in 2012.  He now practices happiness and design back in his native Italy, working alongside Aldo Cibic on a variety of projects.